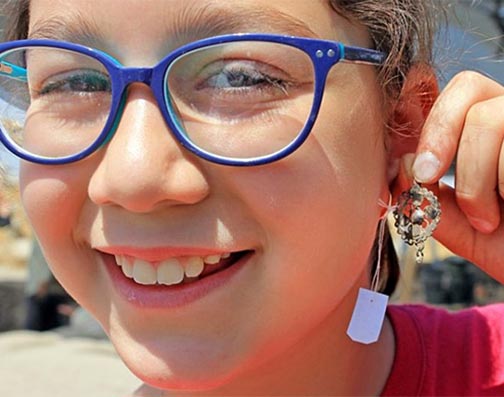 More than 2,500 Israeli schoolchildren helped unearth a trove of 900-year-old jewelry at the Givat Tittora excavation site in Modi’in, about 20 miles northwest of Jerusalem. Among the items found were bronze and silver rings, bracelets and earrings dating from the Crusader period. 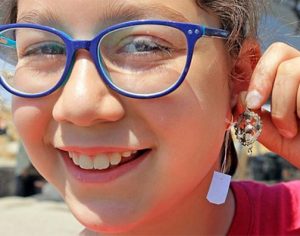 Local students from the fourth to 12th grades got a chance to learn about history while literally playing in the dirt. Over the past year, the students and other volunteers from the community have successfully exposed the inner courtyard of a Crusader fortress, where its occupants cooked and baked for hundreds of years during the Middle Ages. 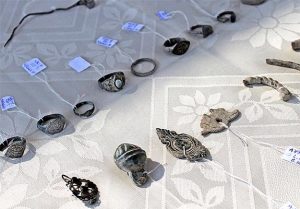 “It seems that the cooks of the time were not sufficiently careful with the jewelry they wore while cooking and baking, since numerous pieces of jewelry have been found in the excavation, some made of bronze and silver,” explained Avraham Tendler, excavation director for the Israel Antiquities Authority. 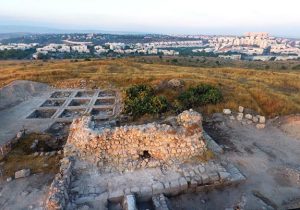 Nine-year-old volunteer Kinneret Goodman told the Times of Israel that participating in the dig was “as good as going to the beach.”

Said the fourth grader, “You get to find things and then you can take pictures and remember the time that you found things from hundreds of years ago, and even more.” 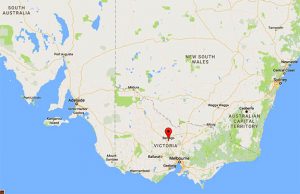 Tendler said that the excavation site has yielded artifacts left behind by a long line of inhabitants dating back to the Chalcolithic period (c. 6,000 years ago). The hilltop site has been a popular settlement due to its strategic location on the route from the Mediterranean coast to Jerusalem, as well as its proximity to fertile valleys, which were able to support food production. 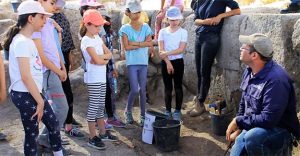 The cultural-educational archaeological program is jointly sponsored by the Israel Antiquities Authority and the municipality of Givat Tittora. The program gives local students a unique opportunity to work alongside professional archaeologists in an historical setting.

“The enthusiasm begins with the younger generation, with activities carried out by the Israel Antiquities Authority in the schools, and makes its way into the homes, to the parents and the extended family,” noted Vered Bosidan, project coordinator for the Israel Antiquities Authority. “It is there that the seeds are sown that result in the development of an awareness of antiquity preservation.”

The Israel Antiquities Authority anticipates that the Givat Tittora project will continue for many years as local schoolchildren and residents carry on the task of peeling away ancient layers, exploring its treasures and being connected to them in an exciting, hands-on way.

Next post
Survey: Majority of Tech-Obsessed Millennials Prefer to Shop in Physical Stores