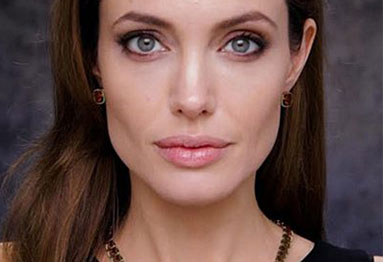 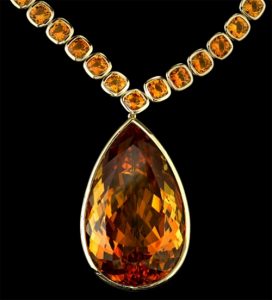 The new piece, called the Jolie Citrine Necklace, will remain on view indefinitely, alongside some of the world’s most famous gems, including the Hope Diamond. The National Gem Collection is part of the Smithsonian’s National Museum of Natural History — the most visited natural history museum in the world. The collection consists of approximately 350,000 mineral specimens and 10,000 gems. 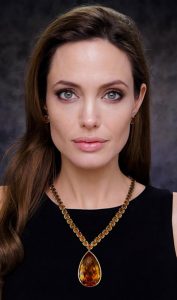 The Jolie Citrine Necklace is from the Style of Jolie jewelry collection, a collaboration between the actress and American jewelry designer Robert Procop. The collection was developed by Jolie Pitt to promote education and establish schools in conflict-affected countries. Proceeds from the sales of jewelry in the Style of Jolie collection are donated to the Education Partnership for Children in Conflict, which builds schools for children around the world, the first few of which are in Afghanistan. 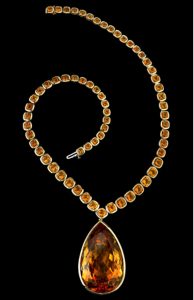 “We are thrilled to receive this important piece for the Smithsonian,” said Jeffrey Post, curator of the National Gem Collection. “It is the first piece of citrine jewelry in the collection. The fact that it was personally designed by Angelina Jolie Pitt and Robert Procop makes it all the more significant.”

Added Jolie, “Robert and I are honored to have this great institution feature one of our jeweled creations. As the Smithsonian has educated so many of us, this jewel is a symbol of our efforts to help educate underprivileged children in conflict areas of the world.”

Citrine, one of the alternative birthstones for November, is the golden-yellow-to-orange variety of quartz and gets its color from trace amounts of iron in the gem’s chemical makeup. The word “citrine” comes from “citron,” the French word for “lemon.”

Get The Perfect Ring in 5 Easy Steps

Next post
Get The Perfect Ring in 5 Easy Steps